First day back at work after a lovely holiday. Thought I’d warm up with some Muppet Art. 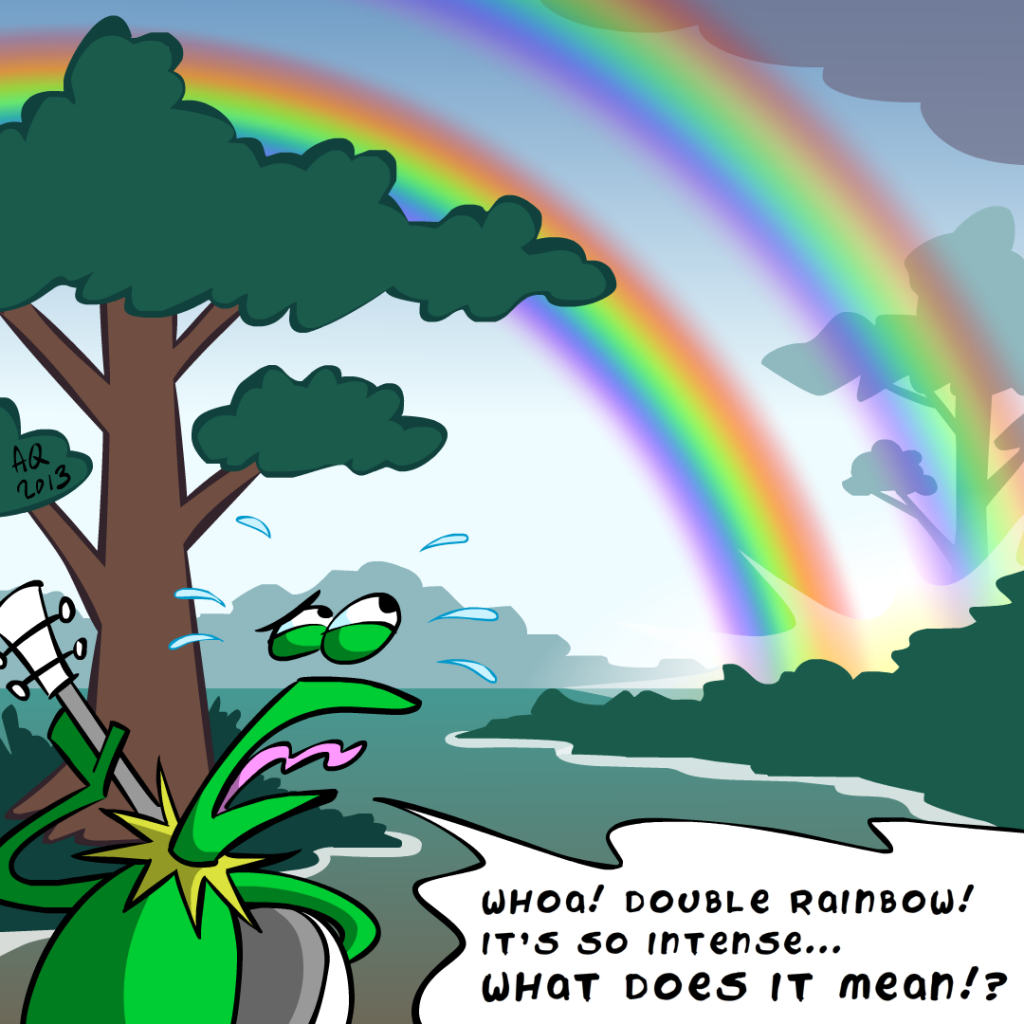 I guess you’ve all seen the original Youtube-clip…?

It would be nice to reactivate the Scandinavian Muppet Art Blog, with the Muppets sequel starring Ricky Gervais coming up. If you like to draw Henson’s Muppets and want to participate, please submit your art to scandinavianmuppetart@gmail.com

Matthias Ransheim, my revered Sluggerfilm colleague, totally made my day today by presenting me with this great portrait. It raises so many questions. What game am I playing? How come the Muppets are watching rather than joining in? Does the throne like chair and my grumpy expression say something about how Matthias sees me? No matter the answers, I love my hat!

Mathias is a talented illustrator. Click here to see his Deviant Art!

A legendary puppeteer passed away recently. Jerry Nelson was a key performer in the classical group of Muppet performers, praised by Jim Henson for his versatility and singing talent. He performed many of the secondary characters on The Muppet Show, like Kermit’s nephew Robin, bass player Floyd Pepper, sports commentator Louis Kazagger, space-pig Dr Julius Strangepork, boomerang fish throwing Lew Zealand and many others. Jerry was also the voice and hands behind major characters like Gobo the Fraggle and Emmet Otter in Emmet Otter’s Jug-Band Christmas. His most most famous character was probably Count von Count from Sesame Street. 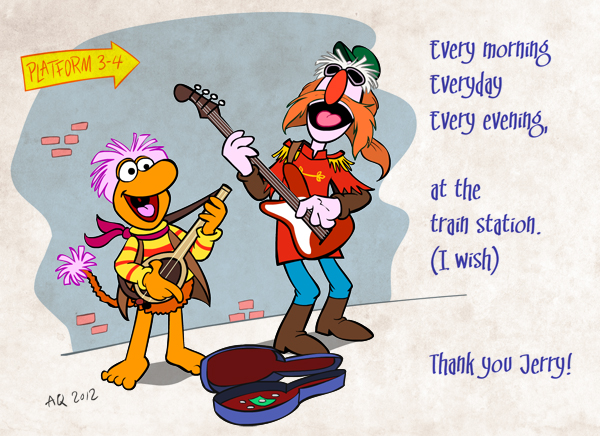 As I go to work every morning and coming back in the evening, I’m greeted by street musicians performing at the train station, in the tunnel leading to the platforms. Some of them are really good, others should perhaps practice a bit more… Anyway, wouldn’t it be great to come to the train station one morning and find Gobo and Floyd singing “Follow me”? Come to think of it, I’d probably stay and listen all the time, and be late for work.

RIP Jerry Nelson, and thank you for the music. 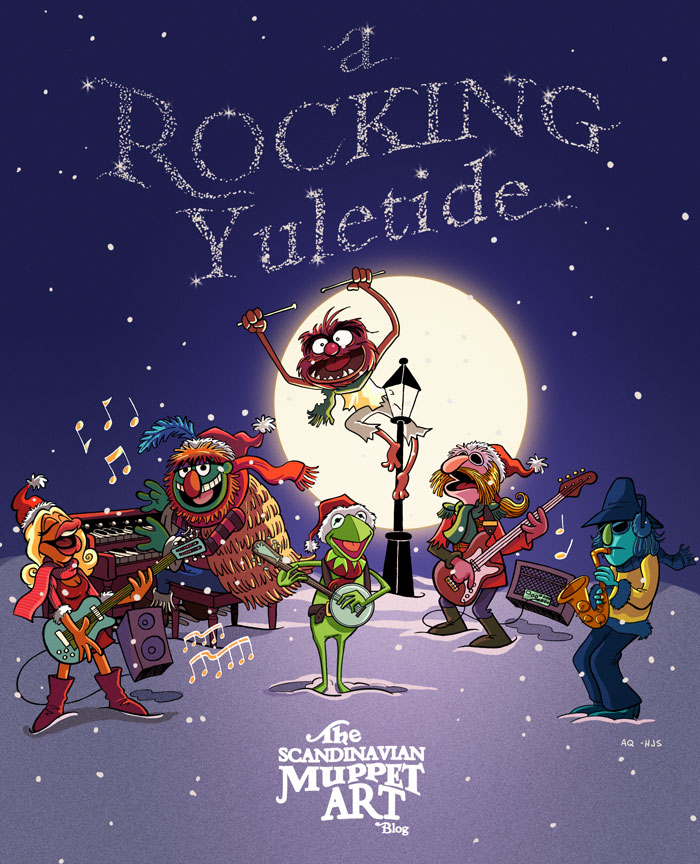 Originally we wanted it to be kind of a casual blog, where we’d post Muppet art every now and then, our own stuff and other artists’. Then we thought we’d start off with a christmas calendar, one drawing per day up until christmas.

However, we’ve gotten so many great pieces so we’ve decided to keep the one-a-day-formula until 31/12. After that the blog will continue and we’ll post stuff whenever it comes in.

Today’s blog post is by my good old friend Johan Peitz. Johan is a top notch game designer, one of the owners of Gothemburg based Muskedunder Interactive. Johan’s internet cult game Icy Tower has been played by millions of people worldwide. As an avid retro gamer I’m thrilled about Johan’s pixel Muppets. Let’s hope he makes an actual game of it someday! 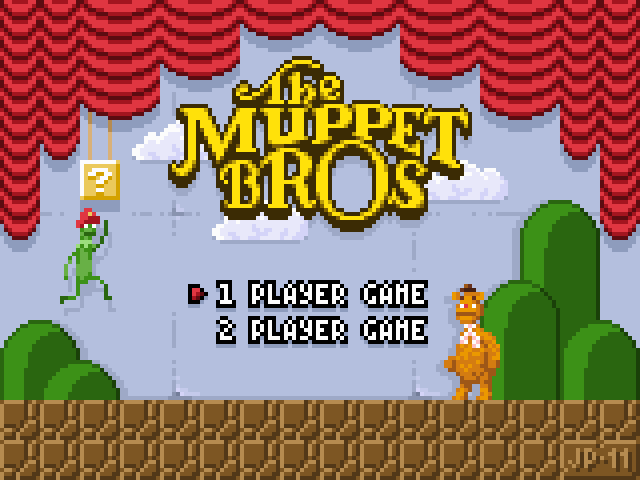 Hans J. Sandnes is an accomplished Norwegian animator. He studied animation for Richard Williams (Roger Rabbit, The Animator’s Survival Kit)! If you’re familiar with animation language you’ll know the meaning of “appeal”. Hans’s films are the embodiment of appeal! His animation studio Sandnes Media just released a collection of short films based on Alf Prøysen’s classical children’s songs. The films have been airing on NRK (national Norwegian TV) for a while. The Disney distributed DVD is called “Musevisa og åtte andre Prøysenklassikere”.

2011 has been the year of the Muppets, thanks to the release of the new feature film The Muppets. The Muppets used to be huge in Scandinavia, and Scandinavians always had a special place among the Muppets…

We wanted our blog to be a forum where Scandinavian artists and others can express their appreciation for the Muppets and other Henson creations. We could never have dreamed that we’d get so many great pieces of art sent to us. Make sure tune in at least once a day to The Scandinavian Muppet Art Blog, and you’ll be up for a treat!