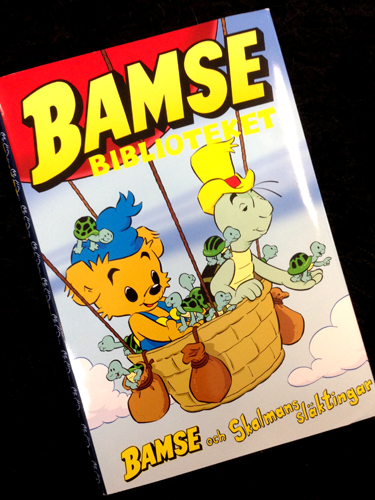 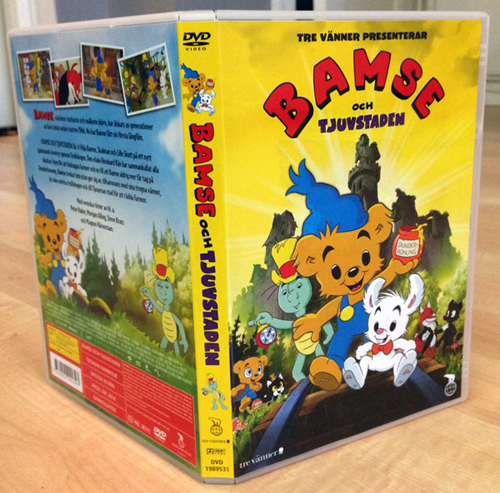 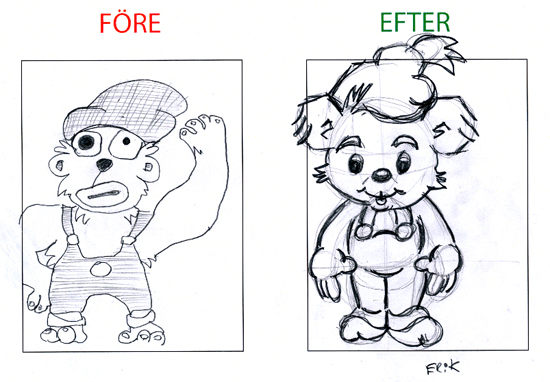 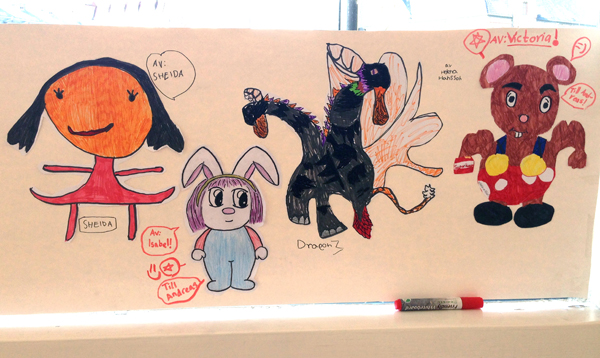 26 April 2014 I held a workshop in character design at Stadshallen in Lund. This was part of Litteralund, Sweden’s biggest book fair for children and youth. The children and their parents were supposed to create The World’s Longest Character Lineup. Now, I don’t know if we actually reached this goal, but what we did succeed in was making some really cool imaginative characters during a fun and sweaty day (the sun in the windows created a feverish subtropical atmosphere). Big thanks to all the great cartoonists who joined the fun! Here’s a pan of the entire lineup (sorry for the blurriness, couldn’t get the damn settings right): 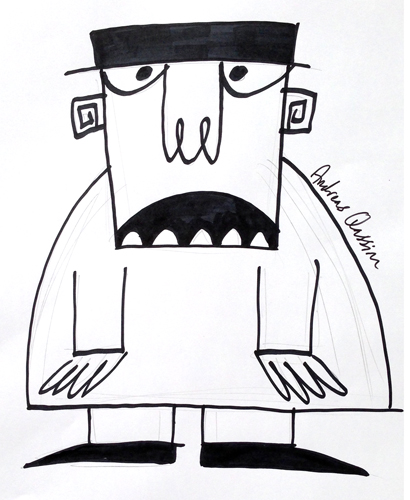 My own go at designing a character. It never made it to the lineup, since it was already crammed with enough strange creatures.

This is how I saw myself during the workshop. I had a great time doing this. So great in fact that I’ll hold another workshop this summer 18-20 July at Torekov Art Center. It’s a 2 day intensive course about character design and comics. You’ll create your own character and a short comic strip or page starring your character. Is that cool or is that cool? If you’re in the area, why don’t you join us?

Since early September I’ve been buried underneath heaps of work. That’s good. I’d rather be stressed out by too much to do than too little. However, those kinds of weeks and months leave little room for blogging. I’d thought I’d post a little bit of this and that from what I’ve been up to during autumn 2011 so far.

I was invited by Arbetets museum in Norrköping to do some live cartooning for families visiting the exhibition Bamse & Du during Culture Night (Kulturnatten). The Bamse exhibition took place at the EWK-muséum, a section of Arbetets museum devoted to political art. EWK – Ewert Karlsson 1918-2004 – was a Swedish superstar in political cartoons. He won several international awards for his art. My job was to deliver Bamse drawings to the families visiting the Bamse exhibition. 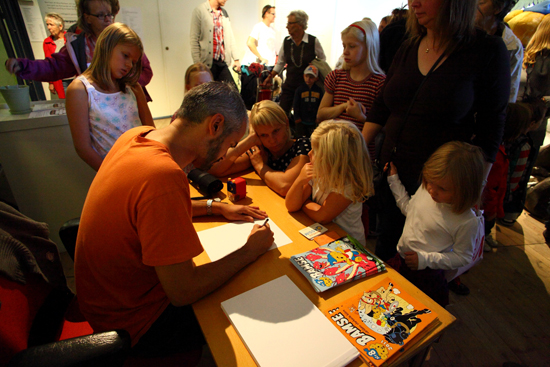 I was amazed by two things. 1) That Bamse is still so popular. Children and parents still love the comics and the films, just like I did when I was a boy. When I’m out in public like this I’ve also noticed a certain awe for hand drawn comics and animation in general. It seems like many people are tired of the digital stuff, big budget 3D productions and the like. There’s a strong appreciation for the craft when people see it’s being done manually. 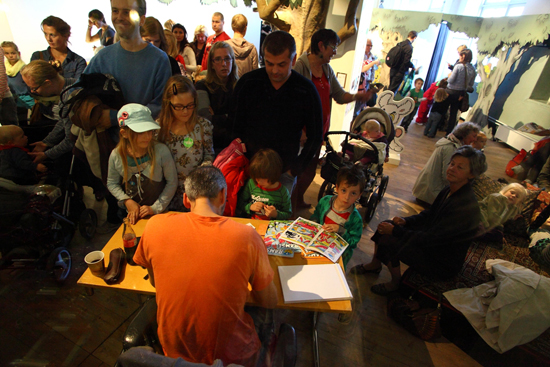 2) That young children were prepared to stand in line for such a long time. I’m not a fast cartoonist, but I wanted to make sure that everyone waiting got a drawing of their favorite character. So instead of three hours with two breaks, I drew constantly for 3,5 hours. Some kids waited for probably an hour before it was their turn. Thank you all for your patience! And many thanks to Arbetets museum for having me. I’d love to come back, to draw or just to visit your beautiful museum.

My friend Johan Rünow invited me to hold a workshop in drawing and digital coloring at the media school where he’s teaching. I’m really quite jealous of these students who get to make books, photography, posters, zombie films etc. Having fun while at the same time learning essential tools, digital and manual, for working in media in the future. I was there to teach about drawing – sketching and inking, and coloring your artwork digitally. A lot to go through in just three hours. 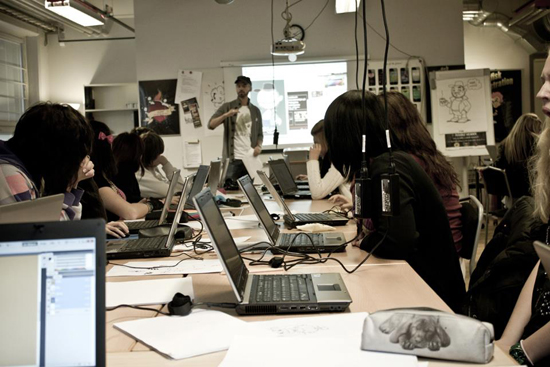 Each student had their own personal computer. Some even had iMacs! 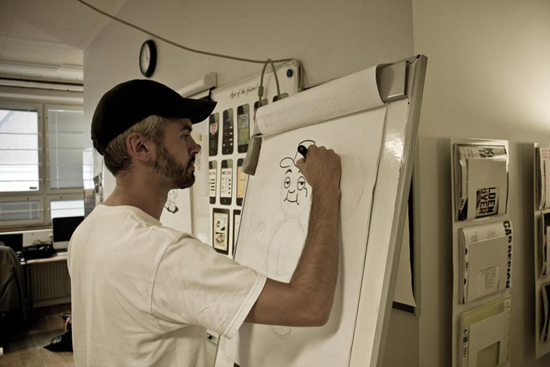 While the students were hard at work I made a cartoon version of myself who’d drunk too much coffee and done no workout. Tried to explain how you can play around with proportions to create different types of characters. 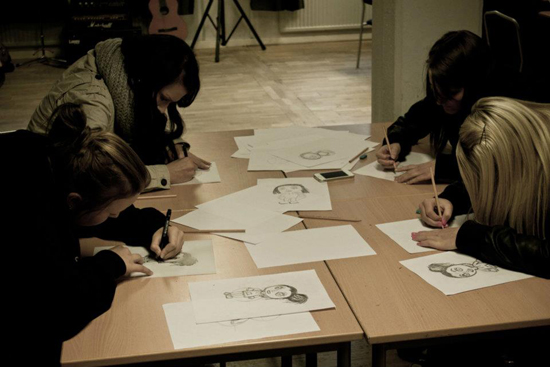 I wanted each student to make a cartoon version of themselves. Not an easy thing to do, especially if you don’t spend all your spare time drawing, like I did their age. But the students were heroic and made some really cool cartoons. Some of them were really quite outstanding, and I hope to be able to post a gallery of the students’ work here later on. 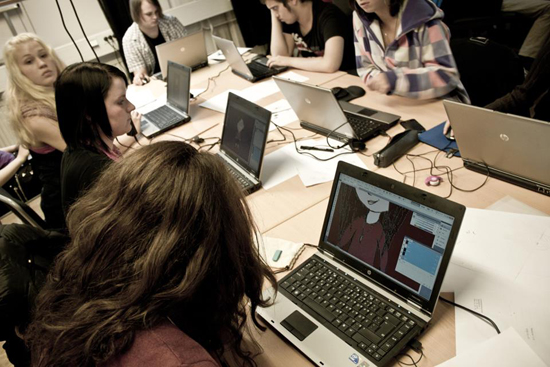 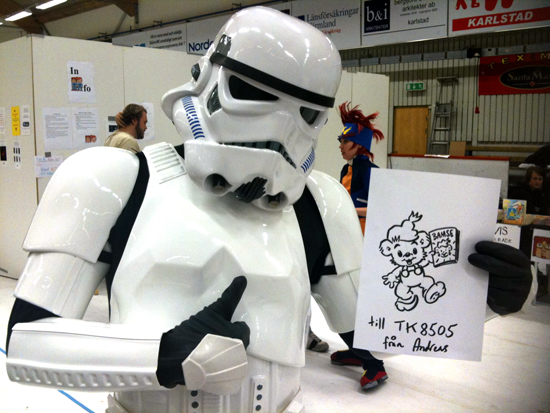 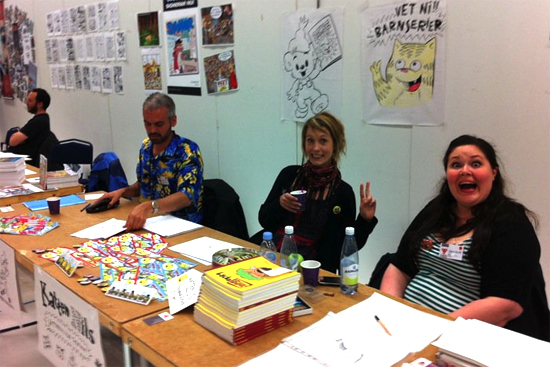 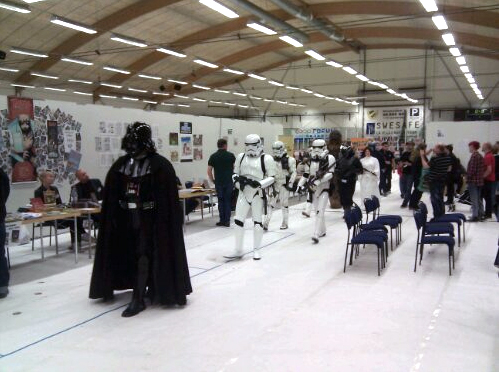 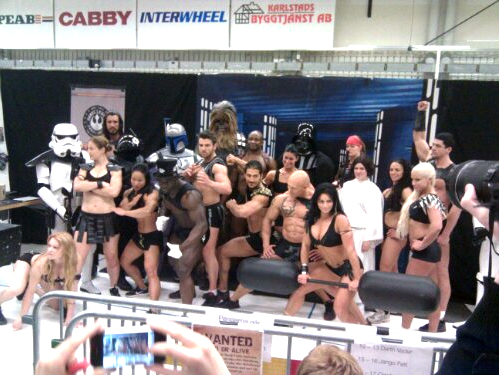 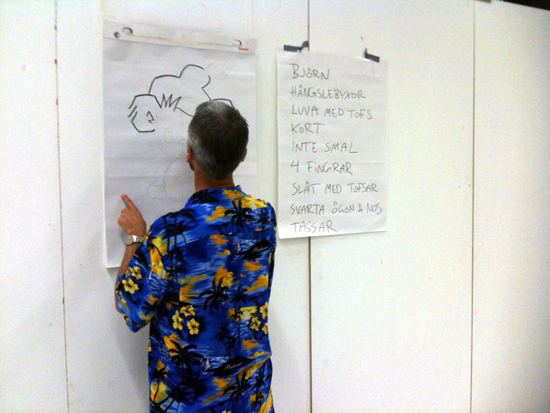 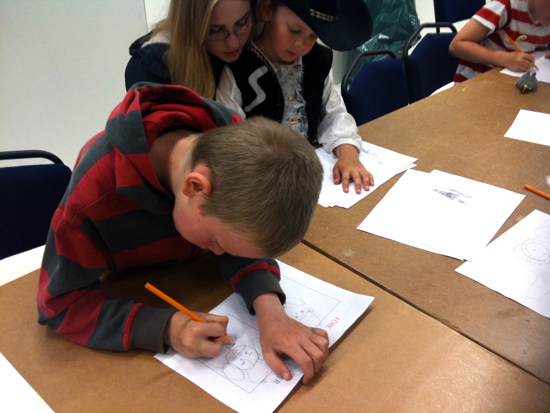 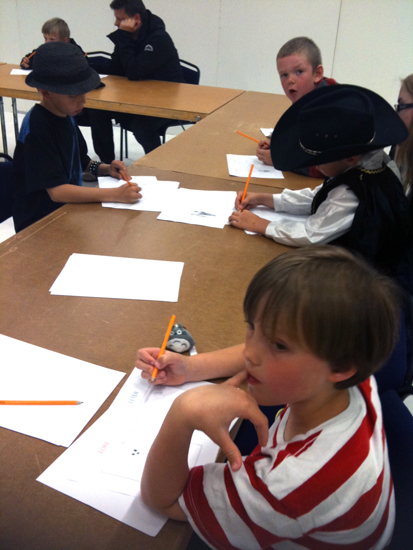 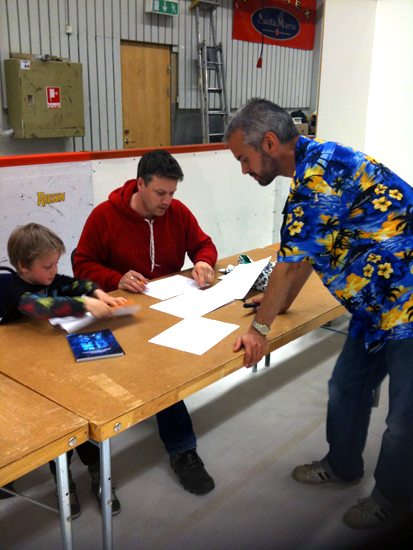 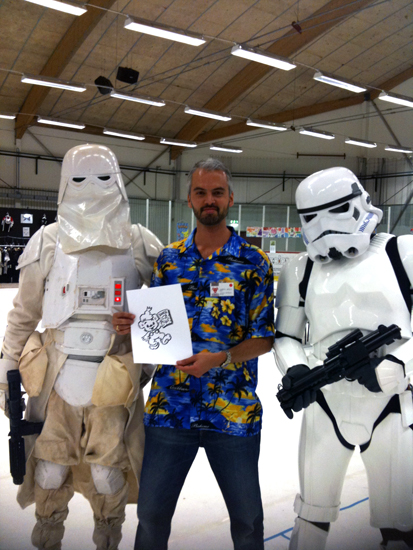 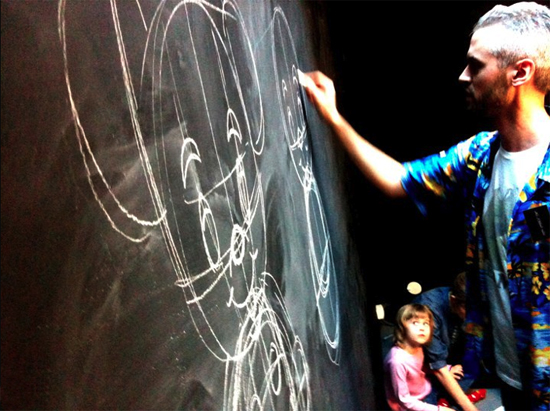