Looking for a new direction in the way I illustrate. Some recent examples:

Two ways of telling a patient he or she suffers from a fatal disease. Illustrations for a lecture at Palliative Centre Lund, part of Region Skåne. Commissioned by Kolossal AB.

Potential sources of conflicts in and around the summer house. 1) Your Mother in law stays too long, 2) A parent is excited about spending some weeks at the countryside whereas the teenage kids rather would’ve stayed in town, 3) one partner wants peace and quite to work on the house whereas the other wants to socialize with guests. Allt om Fritidshus, Bonnier Tidskrifter.

For a month or so I was working on a bunch of illustrations (37 altogether) for a linguistic investigation. PHD scholar Johan Blomberg is writing his thesis on how we use verbs of motion to describe images. 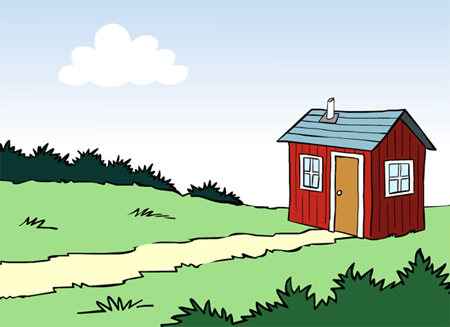 “The path LEADS to the house” is such an expression.

Or does it lead FROM the house? 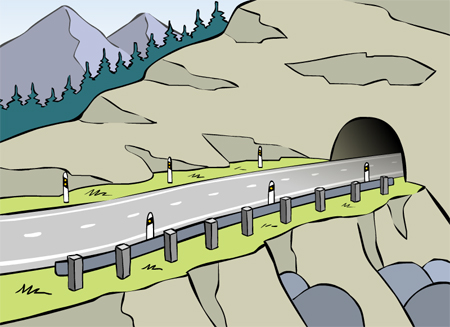 I was asked to vary the perspective from 3rd person to 1st person. Is the road going INTO the tunnel, or is it LEAVING it? 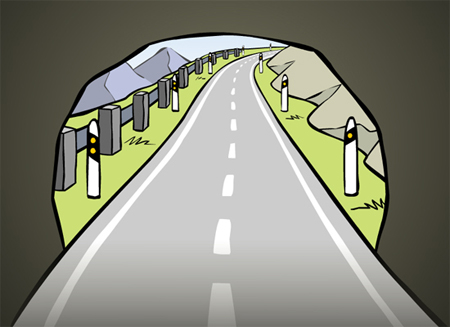 You get the picture. The majority of the illustrations have some sort of linear element in them that the eye can follow. Participants from different countries and cultures will be asked to describe the images in their own words. 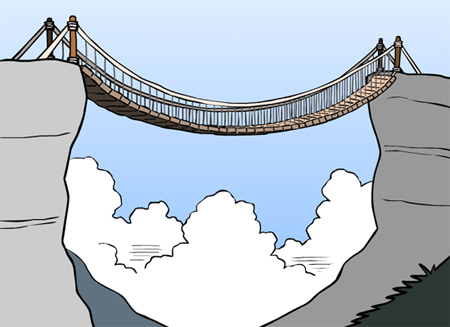 Does the bridge CROSS the ravine? Does it LEAD to the other side? 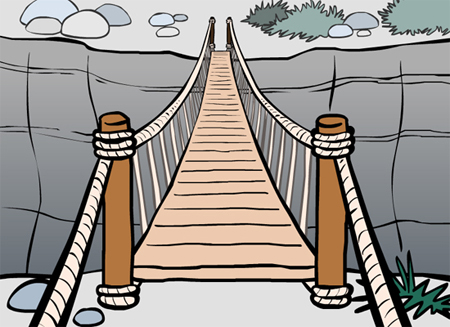 Are there alternative ways to describe these scenes? A couple more samples: 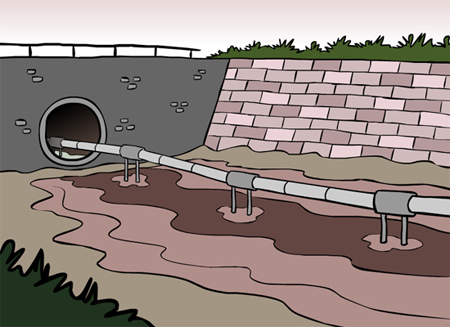 Johan will also investigate how the human eye scans images by filming the eye movements of the participants (!). 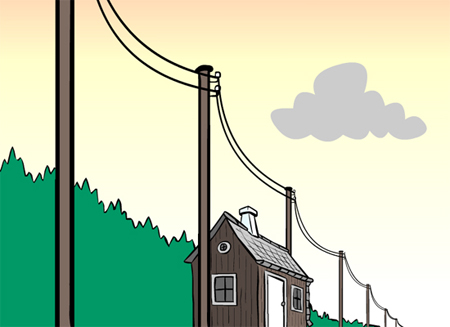 The illustrations were supposed to be culturally nonspecific, clear and easy to read to anyone. At the same time Johan didn’t want them too boring. They weren’t supposed to look like schematic drawings from a scientific book. So a bit artistic, but not too artistic. Also the budget required me to make about four of these a day. Efficiency was key. Who could say no to such an interesting challenge? 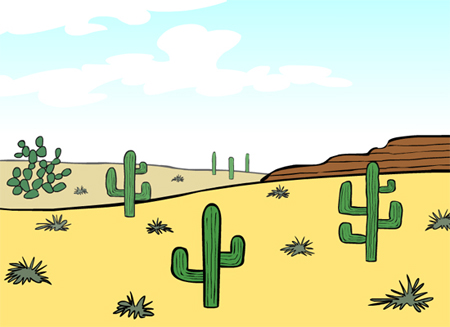 Some pictures were supposed to be void of linear elements like roads, bridges and telephone lines. The chronology of the illustrations will be somewhat shuffled in the investigation. The participants shouldn’t be able to calculate what the next image will be. 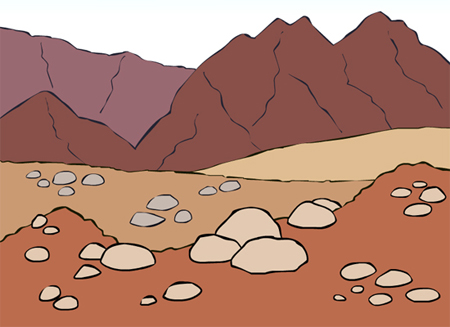 With these “control images” it was especially hard to not draw pretty pictures. A cartoonist tends to want to have fun when he can. 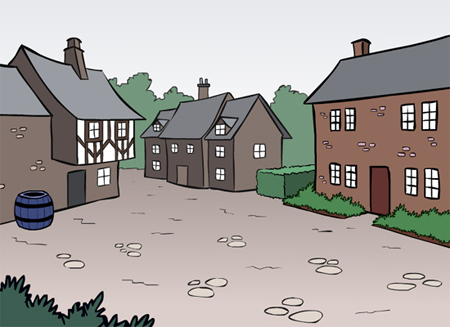 In the end I did not make four illustrations a day. Rather two, or even one. But I developed an illustration technique using Flash that is at least semi-fast. Illustrating in vector makes it so easy to edit. If you set it up properly, you’re free to move around objects, deform them and resize everything as you wish. 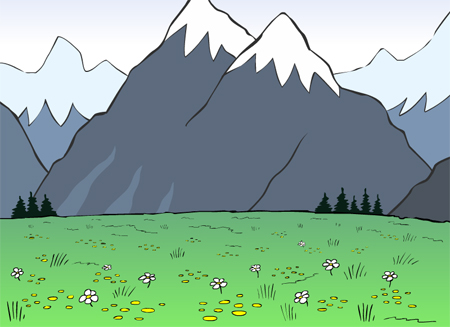 I guess I didn’t succeed in being culturally nonspecific either. I found that super hard. Maybe some cartoonists would be able to do this from the top of their heads, but I at least need reference to make believable pictures. Can you guess from where I got this mountain scene? 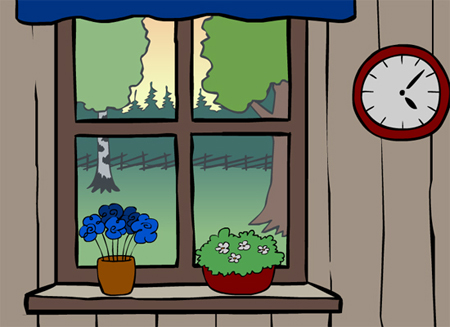 All in all, this was an interesting and different illustration assignment. I enjoyed it and I think I learned something in the process. I’m curious about the results of Johan’s investigation. I wish him the best of luck!